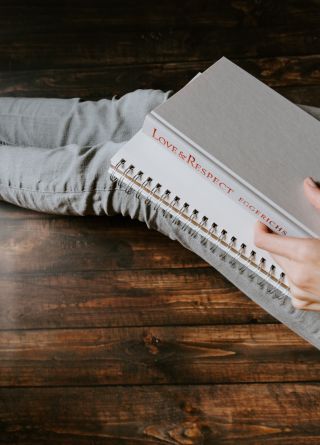 Many people assume that a successful relationship is something that happens on its own. They may have the idea that some people “just click” and that the more effort you have to put into your relationship, the less likely it is that the partnership will work.

But the truth is that all relationships take work and we should always strive to be better partners. In this article, I’ll discuss four habits you can develop to manage what psychologist and relationship expert John Gottman considers the most common relationship killers.

1. Be kind, not judgmental.

Criticism is a direct attack on someone’s character or behavior. It can be expressed as an accusation or judgment about a partner’s personality rather than a specific action or event.

Reviews sound like, “You never help at home!” instead of “I get frustrated when you don’t help with homework.” Criticism often makes people feel attacked, unheard and defensive.

While it’s probably unrealistic to tell yourself that you’ll never criticize your partner again, you can work on how you criticize. For example, use “I” statements instead of “you” statements. It expresses a positive need rather than a negative judgment. Avoid making your partner feel attacked.

Here is an example. Instead of saying, “You’re always talking about yourself. Why are you so self-obsessed?” try reframing it as “I feel left out of our conversations. Can we please talk about my day too?”

2. Appreciate instead of being contemptuous.

Contempt goes beyond criticism. It is a form of harmful communication that involves attacking one’s sense of self-worth with insults, hostile humor, body language and/or sarcasm.

A scornful relationship often involves using sarcasm or making disrespectful jokes about a partner’s character traits or behaviors, behind their backs and to their faces. Contempt sounds like, “Oh, don’t start your emotional drama again.”

To heal contempt, make it a habit to feed affection and admiration into your relationship through appreciation.

Here is an example. Instead of saying, “Did you forget to do the laundry again? Why are you so lazy and forgetful?” try reframing it as “I understand you’ve had a long day, but could you remember to do the laundry on the days I work late? That would be very helpful and greatly appreciated.”

3. Take responsibility instead of being defensive.

Defensiveness occurs when one or both partners respond to conflict by denying responsibility for their contribution to the problem and shifting blame to their partner.

Defensiveness can include phrases such as:

When people get defensive, it leads to more arguments without resolution because both partners feel they’ve been unfairly accused or blamed for something they didn’t do.

The antidote to defensiveness is to accept responsibility for your role in a conflict situation. Develop the habit of assuming mutual responsibility.

An example: instead of blaming the other person by saying, “It’s your fault we’re late because you’re taking too long to get dressed!” try reframing it as “I like to be on time as much as possible. But that’s okay, we can be flexible sometimes.”

4. Try self-calming instead of impaling yourself.

It occurs when a person emotionally withdraws from an argument to avoid further conflict. This can take many forms, such as avoiding eye contact, walking away from discussions before they are resolved, refusing to discuss certain topics altogether, and shutting down conversations if things get too heated.

Stonewalling does nothing to address the underlying issues between two people. Instead, it increases feelings of isolation and disconnection that can lead to more resentment between couples over time.

Self-calming is an antidote to stonewalling. When you feel burnout imminent, instead of shutting down completely, first stop the conversation, communicate with your partner, and take a break to practice physiological self-soothing for at least 20 minutes.

Here’s an example of how you might do it: “I feel overwhelmed by our conversation. I need to take a break. Can you give me twenty minutes to walk around the block and I’ll get back to you later?

Relationships are like most other living things: they need constant nourishment to reach their maximum expression. Take time to reflect on how you can approach your relationship with more patience, appreciation, and responsibility. Things can and will get better.