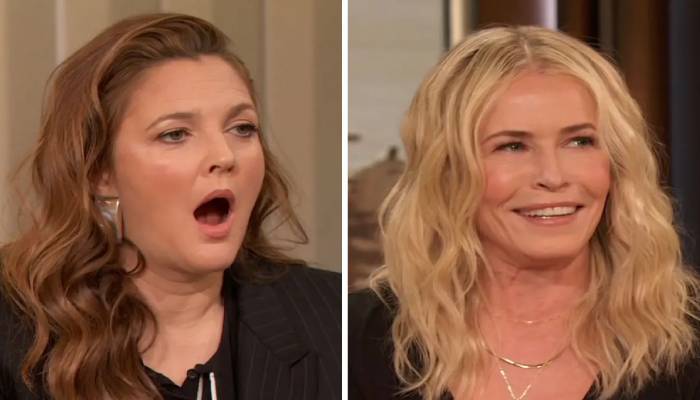 During Wednesday’s latest episode, Chelsea opened up about her dating life with the show’s host, Drew.

Chelsea told Drew: “I was talking to this guy and we were texting and the third text said something like, ‘Oh, I’m just putting the kids to bed with my wife.’

“I read it again and said, ‘What?’ and then I came back and he said, “Just here for friends, married with kids, and I was like, ‘Who has a dating app to meet friends?’ the 47-year-old claimed.

She continued: “Like you don’t have friends … I said, ‘Look, buddy, I’m not talking to you to make friends.'”

“I know it was so strange for me and I was looking and I guess that’s a category where you can say, ‘I’m here to meet people,'” she stated.

Elsewhere on the show, Chelsea also talked about not “wanting to have kids,” mentioning that there are plenty of women who were grateful for her “child position.”

“I feel like so many women have reached out to me like, ‘Thank you for saying that you don’t have to be, that you’re not worthy in this world when you become someone’s mother and wife, you’re worthy before.’ “, explained.

However, she also noted, “I understand some people want kids. Go get one. But for the people who don’t, we’re doing the world a favor too.”

Interestingly, Chelsea also shared one of her red flags on the app and that the other person says on their profile that they “are an entrepreneur.”

In addition to this, the show’s host commented that the “moniker was so irritatingly vague”.

“Please be up front about who you are,” Drew added at the end.