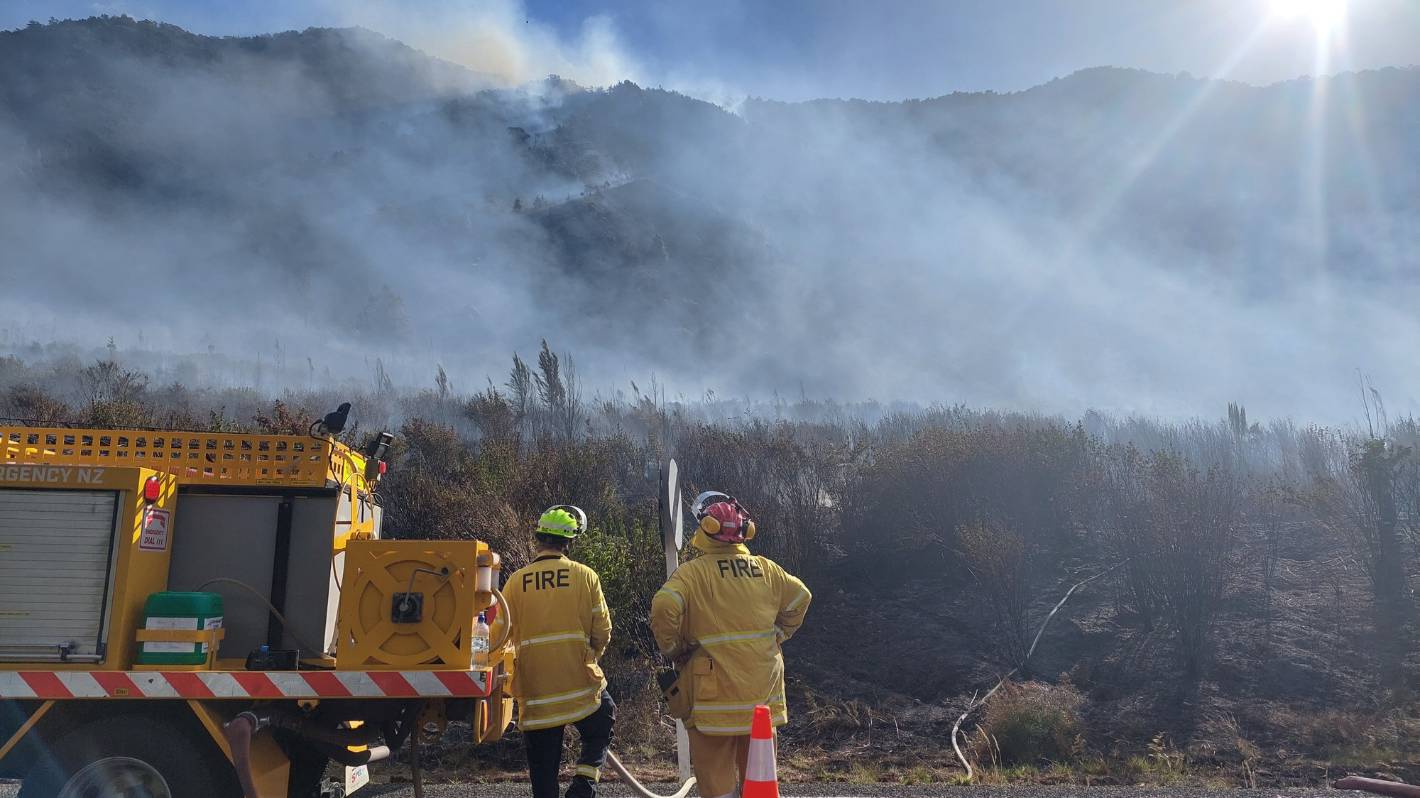 Fighting the ongoing fire near Maruia adjacent to State Highway 65 and the Shenandoah Saddle has required an intense effort in recent days, including the use of helicopters with monsoon buckets.

Much of the West Coast is now under fire watch, with dry scrub and volatile scrub after more than a month of very little rain.

Buller Mayor Jamie Cleine on Wednesday expressed his frustration at the continuation of deliberately lit beach fires in Westport, while the coastal stretch around Charleston was at particularly high risk, along with the inland valleys of Inangahua and Maruia.

That was after 26 calls in as many days for the volunteer brigade.

Meanwhile, volunteers battling a fire that has been burning for two days through about 50 acres of conservation land on the west side of State Highway 65 near the Shenandoah Saddle ended their efforts to bring it under control Wednesday .

“One fire and emergency crew, one from the Department of Conservation and two helicopters are working to dampen hot spots on the fire ground,” Fire and Emergency NZ Tasman District Manager Grant Haywood said.

“There are some deep spots in the fire that our crews are working hard to clear.”

Some rain forecast for Wednesday is likely to affect hot spots.

“However, with light winds and some rain forecast, conditions don’t look too bad for our teams today,” Haywood said.

Smoke rises from burning vegetation near the Shenandoah Chair with scrub undergrowth on the West Coast a particular fire risk today due to weeks without rain.

In Rapahoe on Tuesday, fire crews from Runanga, Cobden and Greymouth tackled a mid-afternoon brush fire just as it was about to burn out on a neighboring property.

It is understood a neighbor tried to douse the flames with her garden hose.

“It was very lucky for the neighbor – it came within a few feet,” Sheehan said.

Westport’s volunteer firefighters were called from their beds at 2.30am on Wednesday and Fire Chief Alan Kennedy said it was a no-brainer – another deliberately lit beach fire.

The bushfire just below the eastern tip of the Buller River burned about 40m² and took 30 minutes to bring under control.

Kennedy said they were concerned that with the current conditions, another deliberate fire like this could start a large fire, right on the doorstep of Westport Township.

People who thought it was ‘clever’ to deliberately start fires now ‘need to start getting their heads out’.

“Somebody’s going to walk away soon if they keep doing what they’re doing,” Kennedy said.

Also, people needed to look after their own properties and deal with dry and stunted vegetation.

“It’s been hot like this before, but usually it rains a little in the middle.”

In Greymouth, Swinburn said the 20mm of rain forecast for tomorrow would do little to wet the dead grass and they would soon be “back to it”.

“We’ve had six weeks or so of good weather now – conditions are extremely dry.”

A major concern given the high call-out rate and continued dry forecast was that property owners needed to cut back vegetation and tall grass in abandoned and residential sections to minimize risk to buildings.

The Inland Buller moved into a prohibited fire season on Thursday. The fire ban covers the entire inner Buller area from Ikamatua to Reefton and Inangahua, Maruia and Springs Junction.

Cleine said the deliberate fires were “really frustrating” and tough on volunteer firefighters, who were continually on the sidelines in today’s dry conditions.

Any fire in the district now had the potential “to be much more serious”.

The entire inland Buller area, which borders the Shenandoah fire zone, was moved to a total fire ban Wednesday.

As a farmer, Cleine said it wasn’t the driest he’d ever seen, but there were certainly bushy areas, and particularly the Charleston coast, which had large tracts of manuka/kanuka that were now “highly volatile.”

A spark in vegetation such as manuka could grow at the same rate as seen in Australian bushfires, he said.