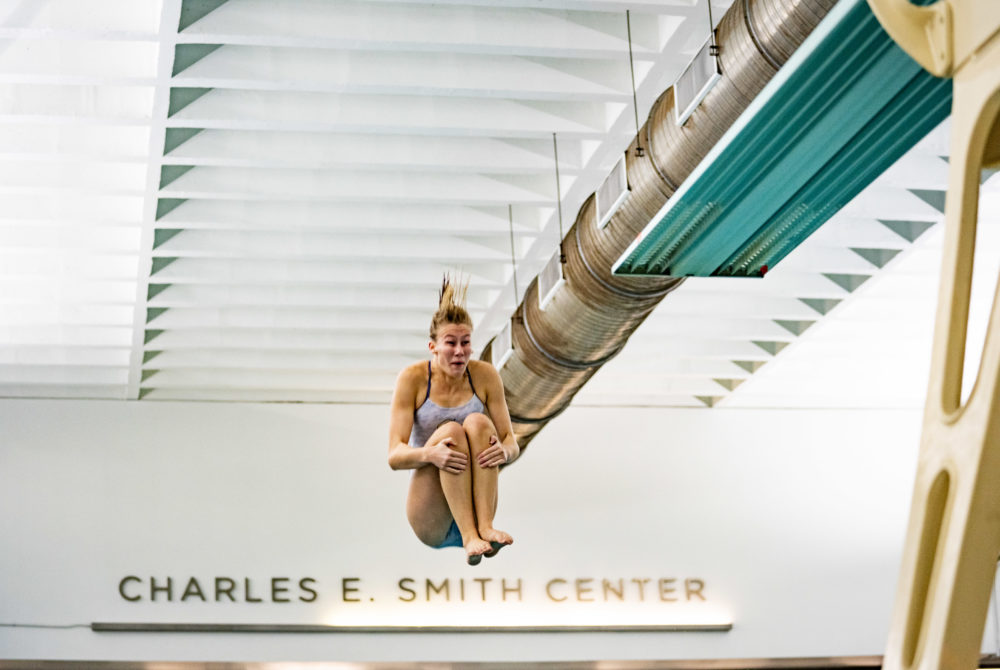 The Colonials won the first seven straight of the 26-event meet, outscoring the Hoyas in 20 total, led by a perfect 13-for-13 record for the women’s team. GW continued its record-setting crusade with five Georgetown pool records in its second dual meet win of 2023 as they look to continue their success after losing four meetings last year.

Here is a summary of the meeting of the two programs:

In the 200-yard freestyle, graduate student Marek Osina led the way for GW to sweep the podium for his second consecutive event with a time of 1:42.97, followed by freshman Daniel Nagy in second with 1:43.24 and senior Oscar Madsen. third place with 1:45.19.

Nagy earned back-to-back first-place finishes with a time of 1:51.07 in the 200-yard butterfly.

Senior Tyler Kawakami, Koo, Matic and Sivaramakrishnan won the 400-yard freestyle in the final event of the meet with a time of 3:06.37.

Graduate student Grace Olivardia, sophomore Barbara Schaal, sophomore Ava DeAngelis and junior Marlee Rickert started the meet with a first-place finish in the 400-yard medley relay with a winning 3:52.30 a win to start the meeting.

The Colonials posted the top three results in the 1000-yard freestyle, where freshman Ava Topolewski topped the podium with a 10:14.57 for her second win in the event in two meets. Sophomores Molly Smyers and Taylor Bernosky followed with second-place finishes (10:22.45) and third-place finishes (10:29.48), respectively.

Freshman Phoebe Wright won two of her individual meets, setting a pool record in the 200-yard backstroke by more than six seconds with a time of 2:01.90 and edging teammate Siena Senn in the 200-yard freestyle in 1:53.16 to take first. place

Sophomore Julia Knox took first in the 400-yard individual medley, breaking the group record by eight seconds with a time of 4:23.88.

Freshman Olivia Paquette took first in the three-meter diving, setting a pool record with 301.88 points, followed by sophomore Dara Reyblat and senior Jamie Doak finishing second with 248 .03 and the third place with 244.43. dLife is measured from 1 to 10 by a jury that then multiplies the scores.

The Hoyas could only hold on for third place in the one-meter diving, where senior Emelie Ginovker took third place with 222.75 points.

Doak won the one-meter jump with 258.30 points, followed by Paquette, who won second place with 256.80 points.

Smyers took first in the 200-yard butterfly, and Topolewski took second with a time of 2:05.17.

DeAngelis scored a first-place finish in the 200-yard breaststroke with a time of 2:20.77.

The meet ended with a first-place performance by GW in the 400-yard freestyle relay, where Rickert, Wright, Olivardia and Brown posted a time of 3:32.57.

The Colonials will return to the Cavalier Invite in Charlottesville, Va. on Feb. 3, where they hope to continue their winning streak to earn a strong berth in the NCAA Championships.

This article appeared in the January 23, 2023 issue of Hatchet.