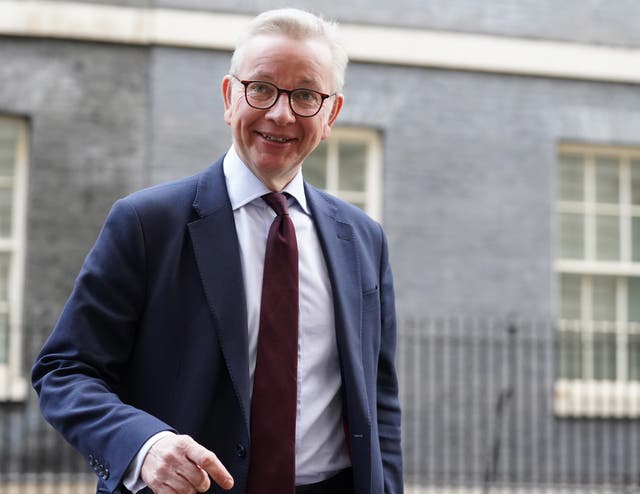 A public information campaign to encourage people to save energy will not be “nannying or patronising”, a senior minister has said.

The scheme could show households how to cut up to £420 off their bills, while offering potentially huge savings for ratepayers by reducing the cost of the energy price guarantee.

Leveling Up Secretary Michael Gove said the government would point people to “authorised sources of advice” on managing energy use.

The Times reported that ministers are preparing a £25m public information campaign, which includes advice such as turning off radiators in empty rooms and taking showers rather than baths.

Officials have identified eight changes to save up to £420 a year, including reducing the flow temperature of boilers, turning off electrical devices instead of leaving them on standby and switching from baths to showers.

As well as easing the pressure on household finances, the reduction in energy consumption will also benefit the state.

The price the government will pay to protect households from huge energy bills will rise significantly in the new year after Ofgem raised the price cap.

Without Government support, the average household’s bills would be 67p. of electricity instead of 34 p. and from 17 p.m. of gas instead of 10.3 p.

The average household bill would have come to around £4,279 a year, instead of the £2,500 they now pay due to government support, a figure which will rise to £3,000 in April.

Lowering the thermostat by just 1°C could cut around 10% off your energy bill.

Just keep it between 18-21°C for a warm and comfortable home 🏡 pic.twitter.com/qiy81rWh8X

It means the Government will pay around 33p every time households use their oven for half an hour or an electric shower for six minutes, according to estimates from energy supplier Ovo.

Gove told BBC Breakfast: “What we will do and should do is point people towards reputable sources of advice on how to minimize energy use, but it’s important that the advice comes from experts and not there’s nothing nannying, condescending or directing. this from people like me.”

Chancellor Jeremy Hunt told MPs on Wednesday that “for most people we need you to do your part to reduce our energy dependence” and “we have this national ambition to reduce energy consumption by 15%”.

Reducing energy consumption and improving domestic supplies will leave the country less vulnerable to global price shocks like the one caused by Vladimir Putin’s invasion of Ukraine.

An earlier attempt to introduce a public information campaign on energy saving measures was blocked under the Liz Truss administration.