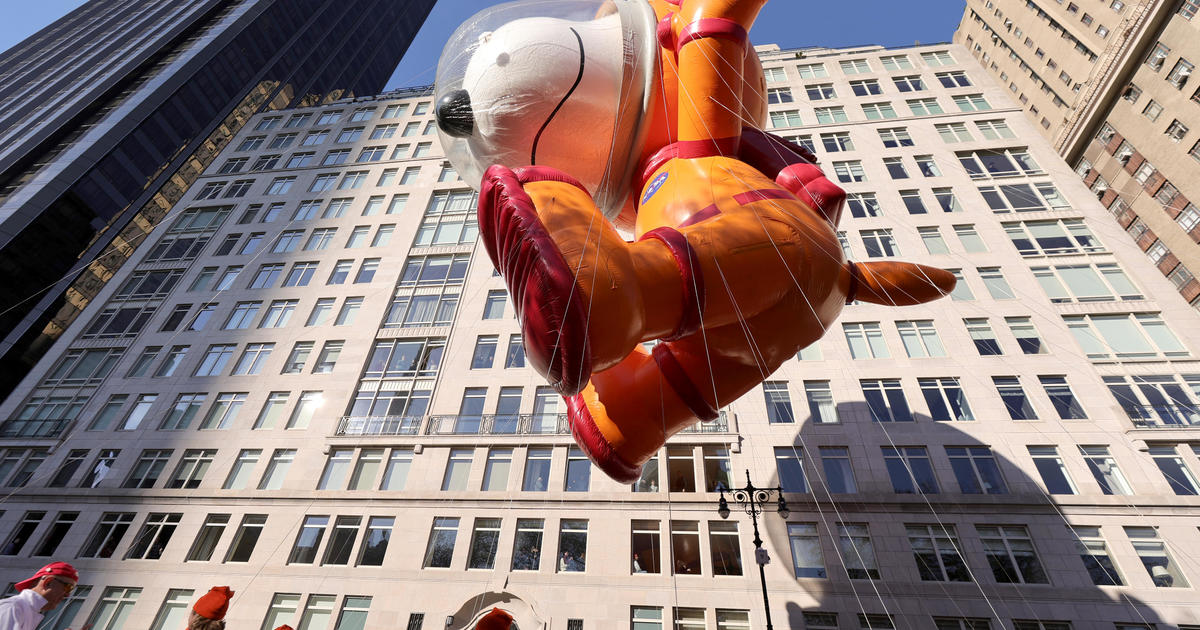 Balloons for the Macy’s Thanksgiving Day Parade are ready to fly Thursday morning.

They’re ready for liftoff or launch, and on Wednesday night, it was the kind of inflation that people really appreciate.

Sisters Linnelle and Linette Banks flew strictly to see the balloons the night before.

“Will you be here tomorrow to watch the parade?” Brennan asked.

Indeed, it was a pleasure for many to see the balloons up close, and these guys say, larger than life.

“It was crazy. We thought they were a lot smaller than they really are,” said one boy.

And it’s a big hit for parents, too.

“It’s great. We love it. We come every year… My parents live on the block,” said mom Lauren Lopresti.

The inflation started at noon and, for the first time this year, spectators got a glimpse of the floats in this year’s parade, including dancing elephants, giant tugboats, a “Shockometer” and a dream of a LEGO lover.

Giant helium tanks inflate 16 massive character balloons and 40 smaller inflatables. Macy’s tells us that each balloon will have 80 to 90 controllers that will keep it upright in the parade through Midtown.

For young and old, it’s the best warm-up act for the funniest parade of all.